ABOUT DADS: Doesn’t every man want to be the best father he can be? 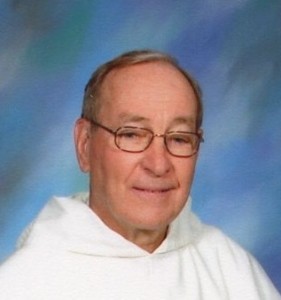 At first, I did not see the problem of domestic violence in our Chicago parish because it was invisible to me. I don’t think women trusted me enough to share their pain, and I was not sensitive enough to detect their suffering. It wasn’t until I hired a pastoral counselor who showed me how to discover domestic violence. That’s when I started to talk about abuse—and the victims came forward.

Then I realized something that was counter-intuitive to me.

The women did not want to leave or lose their abusers. In spite of their abusive behavior, these men were frequently the breadwinners and the fathers of their children. The victims just wanted their husbands or partners to change.

Men eventually started coming to us for help. Some already had lost their families. Others were afraid their wives were going to leave if they didn’t get help. The fathers, the spouses, the partners have to meet some requirements to get into our program for perpetrators: They have to want to get better, not be involved in abuse currently, and have dealt with any chemical addiction.

Hope at St. Pius is not a court-mandated service. Even though we follow the 27-week curriculum recommended by the State of Illinois, the men can join our group at any time. The group operates like an AA meeting. Every Wednesday night, we have 25 to 30 men talking with, supporting and challenging one another. We adjust for our population, primarily Hispanic immigrants and mostly Catholic. But even if they are not Catholic, almost all of our participants are men of faith and they are motivated.

They learn to value themselves beyond trying to exercise power and control over their partners. For men and women perpetrators typically minimize or deny their abuse or blame their victims. Their mindset is not easily jettisoned.

The most important work we do is with traumatized children in an abusive home. Now we are trying to reach into high schools and middle schools because it is so important for children to learn the difference between healthy and unhealthy relationships early on. One out of every five high school girls has been hit when on a date. Men who grew up in abusive homes are three times more likely to be abusers than men who did not.

The good news this Father’s Day is our parish’s struggle is paying off for some families.

Today the group of couples in our parish has 25 to 30 couples who once were together in abusive relationships. The perpetrators have changed their abusive ways and the victims have grown smarter and stronger in order to resist abuse. They know you can save your relationship because they saved theirs.

Rev. Charles Dahm O.P. is a member of the Chicago Says No More Steering Committee and the Director of Domestic Violence Outreach for the Archdiocese of Chicago. Hope at St. Pius at St. Pius V parish in Pilsen is the largest parish-based domestic violence program in the United States.