How do you stop teen sexual abuse before it starts? 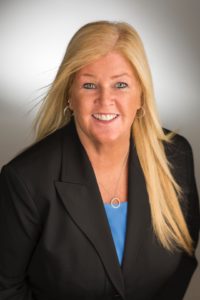 As  president and CEO of the Union League Boys and Girls Club (ULBGC), serving  approximately 14,000 youngsters and teens who are members of clubs in our nine locations and a staff of 190, I always am seeking training beneficial to our leadership and ultimately our members. Through a member of my Board, I was introduced to Kristie Paskvan who founded Chicago Says No More. Although I was aware of the importance of understanding domestic violence and sexual assault, I had not found a way to educate and train our staff members who  work everyday with teenagers and younger children as well as their families. When talking about advocacy and education, “Why don’t we start with the club staff?” was the obvious question.

In partnership with Chicago Says No More, we launched our first Saturday workshop in March of 2017 at our Pilsen location. Training for ULBGC staff covered the basics of domestic violence so everyone had a common understanding of the dynamics and challenges. Then, we learned more about teen dating violence including the prevalence of physical and/or sexual abuse—experienced by one in five high school girls. Half of reported date-rape victims are adolescents.

Though most teenagers know someone who has been abused—physically, sexually or verbally— in a relationship, most parents are not aware of the problem of dating violence. While some high school girls might confide to a friend about a scary or troubling situation, seeking out a caring adult is unlikely. We learned the majority of abused teenagers never tell anyone.

Bad patterns of underreporting, severity of violence and association with other risky behaviors including drug abuse and suicide are increasing, especially among adolescents.

Working collaboratively  with Chicago Says No More steering committee members who volunteered to serve as trainers—Jennifer Greene, policy director for Life-Span; Yesenia Maldonado, executive director of Between Friends; and Erika Aguirre, an advocate supervisor for domestic violence court in North Riverside—64 ULBGC staff members were very receptive to discussing the information and learning about available resources. Our staff had observed behaviors fitting the pattern of abuse the trainers described and were familiar with the legacy of violent behavior—sometimes because it happened to them— in the lives of teens our staff interacts with daily.

We know from experience at ULBGC violent relationships don’t happen in a vacuum. Adolescent victims are more likely to be abused as adults and are at a higher risk for addiction, psychological disorders and suicide. After the trainers presented the statistics, our staff shared real-life situations with the trainers, asking specific questions to gain a better understanding of how and when to intervene with our young members.

The majority of our staff is part-time. They include a variety of ages, and races, with diverse backgrounds. We have college students working towards communication or education degrees and teachers with full-time jobs in a school system who work with us after school. Our staff champions community-mindedness, dedication and the strong desire to make a difference.

We saw the benefits of the Chicago Says No More training within weeks. Some of the critical lessons included how aggressive types of play and flirting require intervention; how to identify and acknowledge unacceptable behavior; and how to distinquish between affection and affliction in an inappropriate situation.

Most important, the ULBGC members also benefit from leadership training. Our teens are more open to discussing uncomfortable dating situations with staff members. Now that we are trained, we can better support club members who stand up for themselves in a relationship. Our staff serves as mentors for youth and now we can find teachable moments in dating experiences to share what we’ve learned.

Since the training, the topic of abuse is now something we are more prepared to address and discuss with the young people in our care. We at ULBGC regularly use the skills and knowledge we gained from the training.  We look forward to continuing our training when volunteer corps of Chicago Says No More steering committee members return in August to conduct a second session for ULBGC staff on working with children who witness domestic violence.

Lend your voice to say NO MORE to domestic violence and sexual assault by signing the Pledge at ChicagoSaysNoMore.org