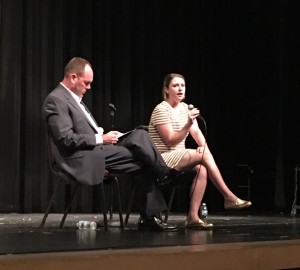 “I believe you. It’s not your fault. You are not alone.”

Annie E. Clark on what to say to a victim of sexual assault.

The beginning of the school year is always full of promise—and challenges for students, and parents.

This year is different for me in an important way.

This year I am part of a movement to build awareness of the prevalence of sexual assault on college campuses. To encourage families to talk about the dangers for young men and women starting their adult lives, whether or not they are going away to school.

Last winter, Kristie Paskvan, founder of Chicago Says No More, invited me and others to see the documentary, The Hunting Ground, a vivid portrayal of life-changing incidents of campus rape. I learned how often administrators and even peers responded to SA victims by stonewalling and victim-blaming. I realized that students are leaving home for the first time completely unprepared for what could happen in new surroundings and situations.

I also had the opportunity to meet Annie E. Clark and Andrea Pino, the two sexual assault survivors who, after being victimized, began networking with other survivors on campuses across the country. Annie Clark and Andrea Pino investigated Title IX case law, made the first formal complaint to the federal Department of Education and brought the epidemic proportions of sexual violence at colleges and universities to the attention of mainstream media. Their story forms the basis of The Hunting Ground. I had an intensive conversation with them about what needs to be done to address the rape crisis on college campuses.

Working with Chicago Says No More, an organization dedicated to raising awareness of the pervasive problem of sexual assault and domestic violence, I started a conversation with educators, legislators and administrators about supporting victims and working to prevent this type of violence.

Convinced that if screening The Hunting Ground in high schools kept even one student from being irreparably harmed in this way was worth it, I showed the documentary to 85 students at Chicago Ag (Chicago High School for Agricultural Sciences) last Spring.

This year, again with the help of Chicago Says No More, we were privileged to have Annie Clark accept our invitation to return to Chicago for a series of events including two co-sponsored screenings of The Hunting Ground at the Harold Washington Library Cindy Pritzker Theater on Tuesday, August 23rd and at the Beverly Arts Center the following evening. Almost 400 people saw the movie at these two events, many for the first time.

No matter how often I see The Hunting Ground—I’ve watched it four times now—I am always moved by the stories told by the brave young people in the film.

Something I learned after the screening last Spring is all teenagers can benefit from watching The Hunting Ground. Our first screening had been just for female students. Originally I thought the boys might not be able to handle the movie in a mature way, that could undermine the seriousness of the topic. As the girls in the audience soon made me aware, that thinking was a mistake.

Because we must show this documentary to all teens, I am encouraging my fellow aldermen to work with Chicago Says No More to bring a screening to their neighborhoods.

If we wait until students are on the verge of going away to school, we are too late. As Annie Clark said during question and answer session after the screenings, many times campus rape is seen in the media as something that only happens to a person who is white and female. That is simply not true. Women are vulnerable, but straight and gay men are frequently sexually assaulted, as well as transgender youth.

It has become increasingly clear to me that even if we are not victims, we have a role to play.

I have a role to play as a father, a brother and a man. I have the responsibility to make a difference.

We must learn to be compassionate and to say those critical words that Annie and other courageous survivors have taught us: “I believe you. It’s not your fault. You are not alone.” The reaction of the first person a victim tells about his or her assault matters and will affect the rest of their life.

We need to begin this discussion now and become everyday activists on this issue.

The best outcome is prevention, but when that fails, we must believe and support victims so they can survive and recover.

Alderman Matt O’Shea represents the people of Chicago’s 19th Ward and is an advocate and supporter of Chicago Says No More. 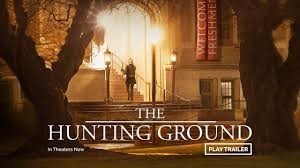 The Hunting Ground, an award-winning documentary explores reactions to rape victims on campuses across the country including Notre Dame and Harvard.