The Client Connection : What I Learned At America’s Beauty Show 2016 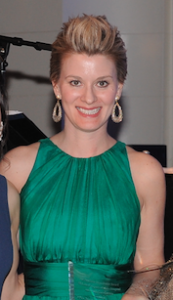 My sessions leading Chicago Says No More’s first-ever awareness training program during America’s Beauty Show – started with questions for the dozens of women and a few men about what they may have observed or heard from clients as they styled their hair or held their hands while-polishing their nails. Statistically, a few people in the audience were themselves likely victims of domestic violence or sexual assault, but it was not possible to tell who was or was not a survivor. Everyone in the room was paying close attention.

The intensity and the seriousness of the salon professionals I spoke with mirrored the prevalence of DV and SA in our society. Those who work in the personal services industry know this better than anyone. When I asked stylists and technicians to reflect on the bruise they observed on the back of the neck, the spot where a tuft of hair was missing, the shocking statements by a client who was so frightened about spending money or changing her hairstyle without permission, there were knowing nods across the room.

The strongest points of connection between Chicago Says No More and an organization such as Cosmetologists Chicago is that we represent caring professions. We chose our profession — mine first as an educator for L’Oréal and now volunteer Board President of A New Direction, a grassroots organization that provides services and advocates for women and men who are survivors — because of something or someone who meant a lot to us personally. In my case, a girlfriend called crying hysterically because her boyfriend had abused her, leaving bruises in the shape of fingerprints on her neck. I vowed to do something about domestic violence even though I was not myself a victim. I had another friend who was working as a women’s advocate who taught me how I could help by donating discontinued hair products and organizing toy drives.

Some of the participants in my class shared their stories: one had a sister; another, a client and yet another, a stylist at the next station. Everyone in the class knew of victims who had suffered and returned, off-again-on-again, to abusive relationships until friends, family and supporters stopped listening.

Another experience we had in common: We all have had the satisfaction when we succeed in helping someone who needs and values our expertise. Have you ever had a client come in with crazy, frizzy unmanageable hair and you recommend the best product for smoothing and taming it, and your client walks out of the salon, grinning from ear to ear?

Now, faced with a client who is reaching out, describing a very dangerous situation, the salon professionals were concerned they might say or do the wrong thing. How should they respond? My number one idea was for them to make the client aware of the hotlines. If they wanted to know first-hand, I suggested they call the hotline and just ask the person on the other end what would happen if her or his client called? How would the client be protected? What would be the first steps?

I commend the many professionals who took a step outside their comfort zones during America’s Beauty Show at McCormick Place in Chicago. They made the time to get the training and the information that might become a life-changing result for a person who desperately needs someone to listen, support and connect.

We need to change the culture and the conversation around domestic violence and sexual assault and that can only happen when we work together with clients from every profession and in every industry. My hope is that we continue to get encouraging responses like those we experienced at this year’s America’s Beauty Show. That, like the salon professionals, everyone steps forward to raise their voices in support of victims and survivors everywhere.

Jessica McCarihan is the President of the Board of Directors at A New Direction Beverly Morgan Park, who is also a trained advocate for those who have been victims of domestic violence. She is also one of the founders of A New Direction, which opened in 2011.