WHY COULDN’T SHE JUST LEAVE? 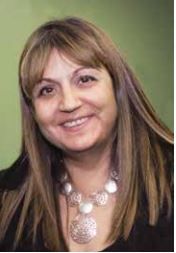 Yesterday, I heard it again. It was a domestic violence case and the victim was describing what had happened to her. The judge asked the victim’s lawyer, “What did she do that caused him to do that to her?”

Whatever happened no one should touch another human being like that, I thought. Abuse is not accidental, but planned and chronic. If you have not been exposed to it, you may find it difficult to understand.

Unfortunately, the judge’s question was not unusual. Victim-blaming is common.

We treat animals better than that.

Why do women stay in violent situations? Here are some answers I’ve heard at A Safe Place, where I work:

“I didn’t think it was that bad.” Abusers themselves are manipulative and artful at victim-blaming. One of our biggest challenges is helping our clients understand that excessive control and emotional and sexual abuse are all forms of violence.

“I vowed, ‘for better or for worse.’ I wanted to give it a chance.” Promises and hoping the partner will change are strong deterrents to leaving, especially if the children are not being hurt or abused.

“I would have ended up homeless,” or “I had no way to provide for myself without him.” Domestic violence victims frequently have no money or no access to money. One survivor at A Safe Place lived in a multi-million-dollar house, but was treated like a servant, with no assets in her name throughout a 21-year marriage.
Safe-housing is our top priority. Lack of shelter is one of the primary reasons victims cannot escape their abusers.

“Who could I turn to for help?” Victims fear they might not get support even if they reach out to a pastor, doctor, lawyer or therapist who have no experience with domestic violence.

“What would people think of me if they knew?” Abusers may be socially charming around family, friends and co-workers. Victims are afraid of being ostracized by others.

“I didn’t realize the police could help protect me.” Orders of Protection (OPs) are a useful tool in many situations. In 2015, A Safe Place filed 3,001 OPs on behalf of clients.

Why does she stay? Domestic violence has just recently come out of the shadows. We need to start asking a different question: “Why is he doing this? Why does he abuse her?”

But first we should ask ourselves: “Why does society let the abuser get away with it?”

Perhaps the most surprising answer to the question is that she does leave her abuser. Again and again. On average, a victim will leave her abuser seven times before she is able to make it to safety. It is nine times more likely that a woman will be killed when she leaves a relationship than if she stays. Recently two Lake County residents in an abusive relationship were found shot to death in murder-suicide incidents.

Pat Davenport is a member of the Steering Committee of Chicago Says No More and the Executive Director at A Safe Place in Zion, Illinois. If someone you know is a victim of domestic or dating violence you can take simple steps to help: Listen, believe, support and help them stay safe. Encourage them to call 1-877-863-6338.